Tax Freedom Day® will arrive on April 30 this year, the 120th day of 2007. That means Americans will work four months of the year, from January 1 to April 30, before they have earned enough money to pay this year's tax obligations at the federal, state and local levels. ... 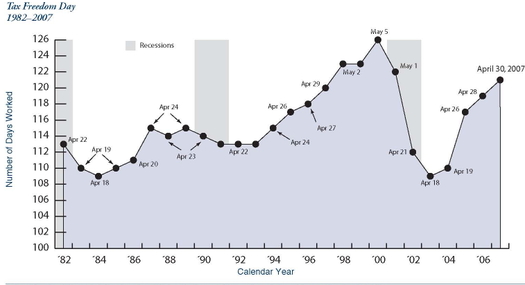 Six out of the ten states with the heaviest tax burdens and the latest Tax Freedom Days are in the Northeast: 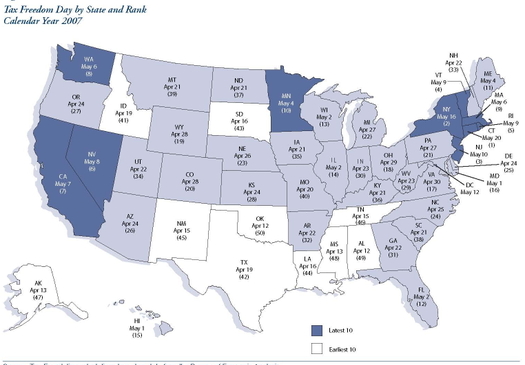 For criticism of the Tax Foundation's methodology by the Center on Budget and Policy Priorities, see:

For the Tax Foundation's response to this criticism, see Analysis of the Center on Budget and Policy Priorities' Criticism of Tax Freedom Day and State-Local Tax Burdens.

Listed below are links to weblogs that reference Taxpayers Must Work Until April 30 to Pay Their Taxes (May 20 in CT, April 12 in OK):

» IT'S STILL APRIL 17 TO ME from Roth & Company, P.C.
While us tax drones tend to view April 17, the deadline day, as tax freedom day, the Tax Foundation looks... [Read More]