CBPP: Half of States Tax Families Below Poverty Level

The Center on Budget and Policy Priorities yesterday released The Impact of State Income Taxes on Low-Income Families in 2006: 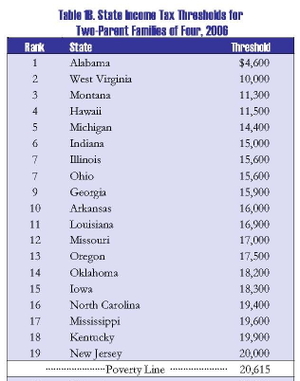 Listed below are links to weblogs that reference CBPP: Half of States Tax Families Below Poverty Level: