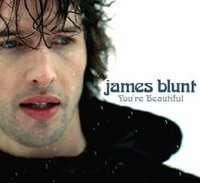 British singer-songwriter James Blunt -- best known for his hit single You're Beautiful -- has decided to establish residence in Switzerland to avoid British taxes.  From press reports:

Blunt, who earned £5 million ($9.8 million) from his debut album Back To Bedlam, is the latest in a long line of high-earners to quit their homeland for Switzerland - Phil Collins resides there and French rock legend Johnny Hallyday set up residence in Gstaad only last month.

Patrick Messeiller, director of tourism for Verbier, confirmed a report in the Swiss daily Le Matin that Blunt, who is a frequent visitor to the mountain village, had registered with the tax office there.

Each Swiss canton (state) sets its own tax rates, and can cut special deals with wealthy foreigners that allow them to pay only a fraction of what they would have to pay elsewhere.

Listed below are links to weblogs that reference Taxes Aren't Beautiful: James Blunt Moves to Switzerland to Avoid British Taxes:

» Superstar Tax Avoidance -- Katherine Kunz from Basic Fed: It's Taxtastic!
I'm also participating in a blog for my Music, Copyright and Digital Technology class and another student posted this item there, which seems relevant to our discussions as well (though with a little more of an international focus, as thesse s... [Read More]

LOl, stan, you summed it up perfectly

Endorse the sentiments of the previous correspondent. Britain: Hate it and leave it. First part's easy; second part can be a lot more difficult. But for any middle-aged man starting over, if that messy divorce causes you to fly the coop, in retrospect it can be viewed as a blessing in disguise.
Because to remain to remain in UK is passive acquiescence and even support of Britain's immoral foreign policy. A good country to be from; a long way from which means getting yourself way beyond Europe. The one thing wrong with say France, is that it’s too close to UK. So check out Asia. And one final tip; don’t leave a forwarding address…with anybody.

given the opportunity most of of us would leave this god foresaken country.

we are a mess our prime miniser is a murderer our youth are scum and to top it all off we followed a man blindly in to a war who makes statements such as "i believe fish and human beings can coexist peacefully".

good luck james you made the right decision.