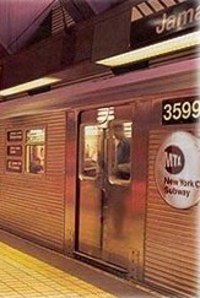 By now, most readers have read about the gripping tale of Wesley Autrey, 50, who was standing on a subway station platform in the Harlem neighborhood in New York City with his four- and six-year old daughters on Tuesday when Cameron Hollopeter, 20, suffered a seizure and fell to the tracks in front of an approaching train.  Autrey jumped off the platform and held down Hollopeter's convulsing body in the track bed as the train passed just inches above them.

Autrey has been flooded with "gifts" since, including:

Listed below are links to weblogs that reference "Hero of Harlem" Dodges Subway, Not IRS:

Gifts are generally taxable to the giver, not to the recipient (the recipient has secondary liability to the IRS for the gift tax if it is not paid by the giver). One issue to consider would be whether any of the "gifts" should be classified as compensation or a prize, which are taxable. The $10,000 from Trump is almost certainly a gift (thus no tax to Mr. Autrey), but the television apartment makeover, for instance, might be more akin to game show winnings (taxed as ordinary income).