Freakonomics and the Child Dependent Exemption 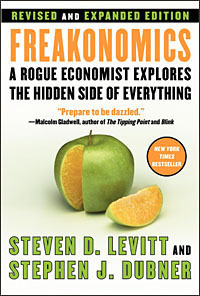 Freakonomics:  A Rogue Economist Explores the Hidden Side of Everything contains this tax example concerning § 151(e):

Consider what happened one spring evening at midnight in 1987:  seven million American children suddenly disappeared.  The worst kidnapping wave in history?  Hardly.  It was the night of April 15, and the IRS had just changed a rule.  Instead of merely listing each dependent child, tax filers were now required to provide a Social Security number for each child.  Suddenly, seven million children -- children who had existed only as phantom exemptions on the previous year's 1040 forms -- vanished, representing one in ten dependent children in the United States.

It is not surprising that some people invented children in order to receive income tax credits, and that these parents of fictitious children were deterred when they noticed that the tax authorities had stopped ignoring this. But is it conceivable that “one of every ten children” in the U.S. was only conceived by the pen of taxpayers? With some effort, after private correspondence with IRS personnel, I obtained the “exact” numbers. Two million children resurfaced immediately, because they never disappeared. From the start, the number of children drops by five million and not by seven million. To find some of the rest, you have to know that a child in the U.S. does not receive a social security number unless his parents request one. One can imagine that on the spring night when income tax forms were submitted, many parents realized that they had forgotten to visit the social security offices. Supportive evidence: another two million children returned to the lists on April 15, 1988.

Listed below are links to weblogs that reference Freakonomics and the Child Dependent Exemption: