What the Declaration of Independence Says About Taxes 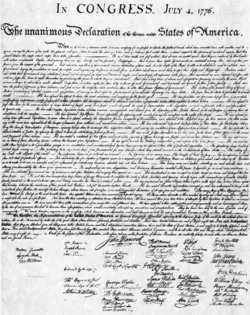 Listed below are links to weblogs that reference What the Declaration of Independence Says About Taxes:

» Happy July 4th, America! from Don't Mess With Taxes
Happy Independence Day! There are three things every American should do today: Celebrate! This is our birthday. Enjoy it with friends, family and neighbors. And please do so safely. Give thanks to those who had this grand idea 234 years ago and to all ... [Read More]